Last week I was traveling with friends who were visiting from the US, on their way to Romania. We were in a small village guesthouse, Inga’s Guesthouse, a clean and friendly place with great food, but with bedsprings that bowed so deeply that my knees wanted to turn inside out. Their dogs were barking – a lot. They stopped when rain started pouring down on the metal roof of the house. I had a hard time falling asleep. At some point in the night, the rain stopped, and a half-hearted cock began crowing for what felt like another hour. When he finally stopped, I managed to get a few hours sleep. The benefit was: my ideas of how to write this next blog finally coalesced!

I knew I wanted to write about ‘we all Go Places,’ but how? What purpose? This is not a vacation blog. My restless night and wandering mind had me thinking about why I’m here, in Georgia, in Peace Corps Response for a full year, far from home and family. It’s a complicated question, all tied up with altruism, adventure, and impact.Looking for the Green Fence

When I was serving as a volunteer in Ghana (2004-2007) I had the opportunity to help with training for incoming volunteers. Andrew Roberts (where are you now?!) and I put together a “Vision Quest” component for the newcomers. One of our classroom activities before sending the trainees out on their quest was to ask why they were there. In this very informal survey, the response was primarily “travel,” followed closely by “desire to help others.” I appreciated their honesty!

Of interest to me were the more recent formal results of the 2014 Annual Volunteer Survey. “Opportunity to help others” came in 1st and “Adventure/travel” came in 5th (out of nine options). Were people more honest in the informal count because it wasn’t an official survey? The difference in results made me smile. And I realized that my reasons remain solidly altruistic, to help while making an impact in the world.

But this blog is about travel, not altruism.

In our attempts to find Inga’s Guesthouse the day before, we spent a surprising amount of time trying to find her. Our Georgian travel friend and driver on this journey stopped multiple times to ask directions, driving up and down the single paved road in the village. We were told to look for the house with the red bricks. It had a green fence. It was next to the house with the swimming pool. It was down that rutted dirt road, and not on the main road at all. It was just around the corner.

Well…there were many corners in this mountain village. Few had red brick, but every other place had a green fence. The fences were too tall to look over for a swimming pool as we drove by in the car (we figure everyone knew about the swimming pool; we just couldn’t see it). The other guesthouse had potential, but they were still under construction, and anyway wanted too much money. And as you can see from this photo of me, Inga,

bebia, and the now-quiet dog, the house does not have red brick! It did, however, have a green fence. Even once we found her, it wasn’t clear for the first several minutes that the woman we were talking to was indeed Inga…even with a Georgian national along to lead the discussion! But once we sorted it out, the concept of “looking for the green fence” became an analogy for our entire two days together.

Travel and adventure can lead to a wide range of experiences and interactions with local people. Even the small things that have the potential to be annoying are fun and exciting when you travel in the right frame of mind.

Travel fulfills a desire to experience new cultures and meet new people. In the process, we learn a lot about the world, and share that.

The night before, after dinner, we sat with Inga, her mother, and her children around the stone fireplace (it was a cold and rainy night) and talked about the world, through the help of our Georgian travel friend. He translated every crazy question anyone had, and the response. Inga has had visitors from India, Iraq, and Afghanistan either stay at her home, or has met them in Georgia. She was fascinated by each person, each culture. For example, she pondered why women continued to wear the hijab outside their country, especially those who have lived in Georgia for two or more generations. This led to a discussion about family values and expectations based in patriarchal religion, contrasted with individual freedom. The power of an imam, a patriarch, a pope…or a parent. This morphed into a discussion about democracy and the value of a society that accepts all religions and all people – at least, in theory. We now have a good president in the US who supports freedom of religion, as well as individual freedom. But these freedoms must work together at all levels so we live together in harmony, without grabbing whatever we can get for ourselves. She nodded; we stared into the fire.

One of the places I visited on this trip with my friends was the Dadiani Summer Palace.

Levan Dadiani was an aristocrat whose claim to fame was that his niece was married to Napolean Bonaparte’s nephew. The palace is now used on occasion by the President of Georgia and the Patriarch of the Georgian Orthodox Church. They each stay in different halves of the building. This seemed to me like insufficient separation of church and state!

Looking for the Familiar

I find myself regularly comparing places I see to places I’ve been, especially if I can compare them to my home in Wisconsin. The smell of pines is pure North Woods, the rush of river water is the Wisconsin River where it joins the Mississippi, the gathering of people in the Kutaisi Central Square makes me long for the Madison capitol grounds. Family clusters with their children send me mentally flying toward my grandchildren. It’s a poignant longing, one that I can acknowledge and be grateful for, then continue on with my life in the here and now.

And it’s not just looking for the familiar from my US home. I have found country mountain homes with amazing views but simple housing that remind me of a site in the Dominican Republic. Seaside drives with far blue vistas that calm my eyes like sailing in the Windward Islands of the Caribbean. Walking in the summer heat (upper 90’sF/lower 40sC) is really hot in the sun in Kutaisi, but finding a piece of shade brings me back to Ghana — walking to my counterpart’s home in the blazing sun, and taking a shortcut through the cocoa forest in order to feel a 5F drop in temperature, so refreshing! These are memories that make the unfamiliar, familiar.

Looking for the Unusual

Sometime in the next month or two, I hope to take a working vacation into the North Caucasus Mountains, to help build a hiking trail between Mestia and Racha in the Svaneti Region. Most people I mention this to think I’m insane, or at least “unusual.” Hard work and camping for a week in the mountains doesn’t sound like most people’s idea of “vacation.” But those who know me are probably not surprised. Note that in the map below, the yellow line is NOT the hiking trail, but a road between the villages. And the purple line is the Russian border. 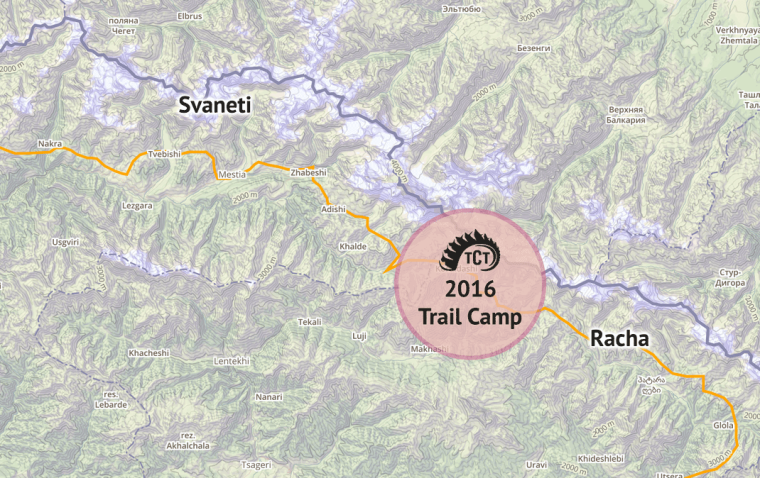 Living in Georgia is an exposure to a culture that can share humor and jokes, but is rooted in far more history than the US. Travelers have passed through this region “forever.” Archaeological evidence of the first person to be found outside the African continent has been found in Dmanisi, a village in the Kvemo Kartli Region of Georgia. At 1.8 million years old, compared to Lucy’s 3.2 million in Ethiopia, that’s a lot of evolution between the two!

There is also archaeological evidence that Georgia was the first place to begin wine production, and I can confirm that the experience has produced excellent results.

Travel between Tbilisi and Kutaisi passes through a mountainous area about halfway through the trip, which is perfect for a rest stop. There are many small restaurants and kiosks to pick up some food or just stretch our legs. On one of my recent marshrutka (public minivan transport) trips, we made our regular stop, and happened to be there at the same time as a group of Georgian polyphonic singers were spontaneously performing outside. A man with a drum, another 4-5 men, and 2-3 women were singing their hearts out. It was fantastic music. When they finished, they walked to their marshrutka, with the bebia (grandmother) behind, got in and drove off. Just so you understand, I had not yet seen women as part of a professional polyphonic singers group. Yes, I heard them singing at informal supra events, but the lead singer this time was a woman with a sonorous voice, very capable of leading the group. What a unique event! Who WERE those (un)masked men and women?! I will never know.

On another marshrutka trip in the complete opposite direction, to Batumi, a woman called to the driver to be dropped at a certain spot. She got down from the marsh with two big bags of market goods and walked down the dusty road toward the hills. Set well back from the road were a horse and cart tied to a lamppost, and a Russian Lada automobile. The Lada got the shade, the horse the sun. It was a “park and ride.” The marsh left before I could see which form of transport she took, but my money was on the horse and cart. 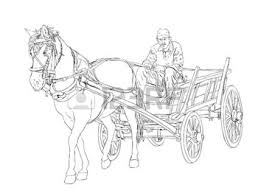 we all Love Poetry

Do Not Go Gentle Into That Good Night

Do not go gentle into that good night,
Old age should burn and rave at close of day;
Rage, rage against the dying of the light.

Though wise men at their end know dark is right,
Because their words had forked no lightning they
Do not go gentle into that good night.

Good men, the last wave by, crying how bright
Their frail deeds might have danced in a green bay,
Rage, rage against the dying of the light.

Wild men who caught and sang the sun in flight,
And learn, too late, they grieved it on its way,
Do not go gentle into that good night.

Grave men, near death, who see with blinding sight
Blind eyes could blaze like meteors and be gay,
Rage, rage against the dying of the light.

And you, my father, there on the sad height,
Curse, bless, me now with your fierce tears, I pray.
Do not go gentle into that good night.
Rage, rage against the dying of the light.

The contents of this web site are mine personally and do not reflect any position of the U.S. Government or the Peace Corps.
%d bloggers like this: